Kevin has been a loyal alumnus of Cardinal Spellman High School’s Class of 1968. Upon graduation from Spellman, Kevin went on to earn a Bachelor’s Degree from Boston University.

Kevin has pursued a very successful career in the insurance industry and has served in a number of managerial capacities in the Lexington Insurance Company where he has moved up the career ladder from Senior Underwriter, to Casualty Manager/Vice President to Senior Vice President and President. He currently serves as Chairman and Chief Executive Officer of the Lexington Insurance Company. In addition, he has served on numerous boards of AIG related groups. Kevin brings to the board both experience and expertise in the realm of insurance including liability, medical and casualty. 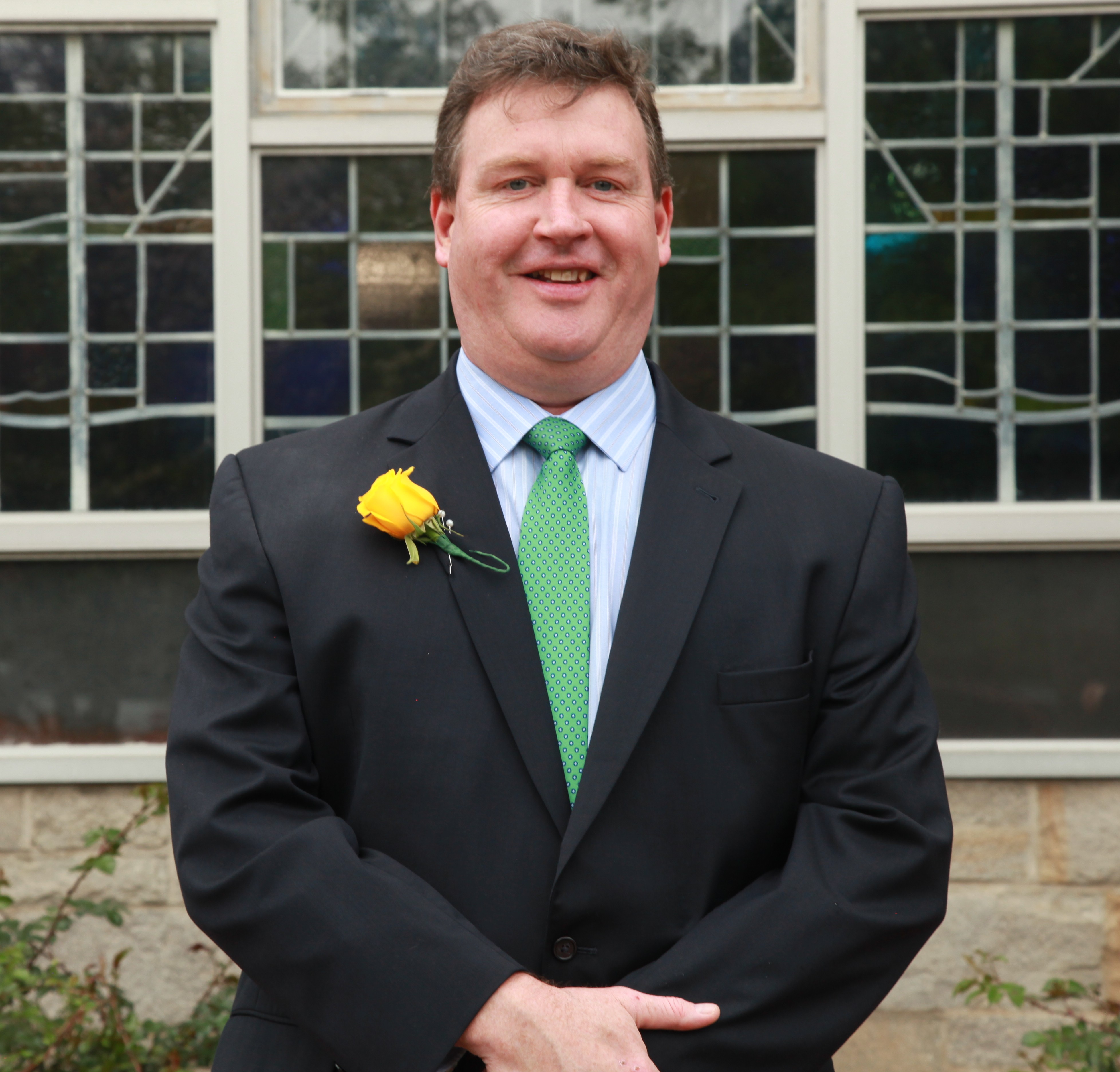 A graduate of Cardinal Spellman High School’s class of 1982, Kevin is the youngest of seven siblings who all graduated from Spellman; George (’73), William (’74), Timothy (’75), Brian (’78), Christopher (’79) and Kathleen (Garrity) (’81). All three of Kevin’s three sons are also graduates of Spellman; Kevin (’11), Joseph (’14) and Thomas ('16). After high school, Kevin attended North Adams State College, earning a Bachelor’s Degree in Business Administration, majoring in Marketing.

Heather (McEwan) Mandosa is a proud member of the CSHS Class of 1994. Upon graduation, Heather attended Saint Anselm College earning an English degree and a certificate in Communication. She went on to earn her Master of Education in Counseling Psychology from Cambridge College and Certificate of Advanced Graduate Studies in Policy, Planning, and Administration from Boston University.

Heather began her career in education as a teacher at Spellman. Heather is currently the Assistant Principal for Academics at Medfield High School in Medfield, MA. She served the Medfield school district as the guidance content specialist for eleven years after several years as guidance counselor and teacher. In addition, Heather worked for the Massachusetts Board of Building Regulations and Standards.

Heather has been committed to Spellman from an early age and developed a love of theatre through the hours spent in the Spellman auditorium as a member of the chorus and active participant of the drama club. She was a drama club officer for three years and class officer during her time at Spellman. In 2004, she was inducted into the CSHS Drama Hall of Fame. She also worked closely with the Alumni Drama Society and various spring show productions and musicals.

Heather and her husband live in Stoughton with their two children. 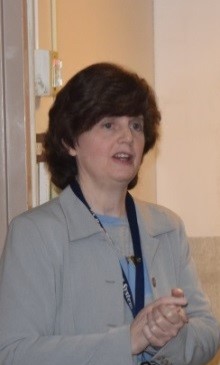 Dr. Mary Brophy was an outstanding member of Spellman’s Class of 1975. After leaving Spellman, Mary attended Stonehill College and then went on to receive an M.D. Degree from Tufts University School of Medicine. She has done a great deal of graduate work and has received a degree from Harvard’s School of Public Health.

Mary has numerous responsibilities including being an Assistant Professor of Medicine at Boston University School of Medicine and work with the Veteran’s Administration Healthcare System. Mary also serves on the Board of trustees for Massasoit Community College and is a Member of the Board of Health for Brockton, MA.

Mary is a very busy practitioner in the medical field and we are very fortunate to have her on our Board. She also is currently the Chairperson of Spellman’s Building Committee. She currently lives in Brockton, MA.

Tom is a proud member of the Cardinal Spellman High School Class of 1969. He married classmate Joan Iacovone. Their two children, Katelyn (1998) and Joseph (2000) attended Spellman.

Tom continued his education at the University of Massachusetts in Amherst. He was the recipient of the Lester Sherman Award as an outstanding scholar/athlete (1972, 1973). He received his Bachelor of Science degree in Physical Education from the University and later earned a Master of Science (1977) and C.A.G.S. (1988) degree in Educational Leadership from Bridgewater State University. Tom also completed graduate work at Northeastern and the Franklin Institute of M.I.T.

Tom’s current volunteer work includes serving as President of Brockton’s “Save Our Sports” Foundation, the Old Colony YMCA Board of Governors and coaching the “Rollin’ Red Sox” of the Wheelchair Sports Federation and Wounded Warrior Project at the Brockton V.A. Hospital. Tom is also a member of the Brockton High School Athletic Hall of Fame Committee.

In 2011 Tom was honored by the Brockton Rotary Club with their annual Public Service Award for his unselfish efforts on behalf of children. He was recognized for his work with the Massachusetts Special Olympics, the Jimmy Fund and as an Outreach Volunteer for the Boston Athletic Association. 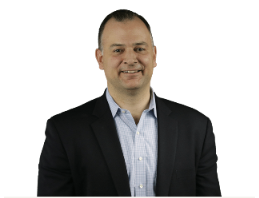 John Lemieux is a licensed Professional Engineer in Massachusetts. He holds OSHA 10 Hour Construction Safety and OSHA 40 Hour HAZWOPER certifications. Mr. Lemieux is an active member of the engineering community, holding memberships with the A.S.C.E, B.S.C.E., and N.S.P.E

Mr. Lemieux is a highly respected consultant to the surety claims industry. He has a wide range of experience on projects in areas such as educational facilities, stadiums, offices, transportation, wastewater treatment, biotechnology, hotels, residential, detention facilities, and government military facilities, among others. Mr. Lemieux is an expert in all facets of the construction industry from conception through closeout. 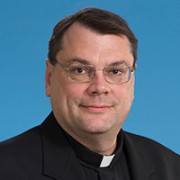 Fr. Tony was born April 25, 1960 in South Bend, Indiana, the youngest of four boys. He is a total educational product of Holy Cross. He was taught by the Holy Cross Sisters at St. Joseph Grade School, the Holy Cross Brothers at St. Joseph High School and the Holy Cross Priests at the University of Notre Dame, all within walking distance of his family home. Fr. Tony is what is known as a triple domer, having three degrees from Notre Dame. He received a Bachelor of Arts in 1982 and a Master of Business of Administration in 1985 before entering the seminary and earning a Master of Divinity in 1991. Fr. Tony made his final vows in Holy Cross in August of 1991 and was ordained a priest in April of 1992. His first assignment as a priest was as associate pastor at St. Clement’s Parish in Hayward, California. In 1995, Fr. Tony was assigned as pastor of St. Joseph Parish in South Bend, Indiana, which was the parish in which he attended grammar school. In 2003, he was asked by Fr. David Tyson, CSC, the newly elected provincial of the Indiana Province, to be assistant provincial and treasurer of the Province. In that role, Fr. Tony supervised the finances of the entire province in the US, Uganda, Kenya, Tanzania, Mexico and Chile. He traveled extensively in these areas visiting our priests and brothers in their various works and ministries. After the Indiana Province and the Eastern Province of Holy Cross merged in 2011, Fr. Tony continued in his role as assistant provincial and treasurer until his term in office ended with the election of a new provincial in 2012. He was then assigned to Stonehill College as the Superior of the Holy Cross priests and brothers in the Easton area in July of 2012. Fr. Tony serves as Director of Campus Ministry and Alumni Chaplain. 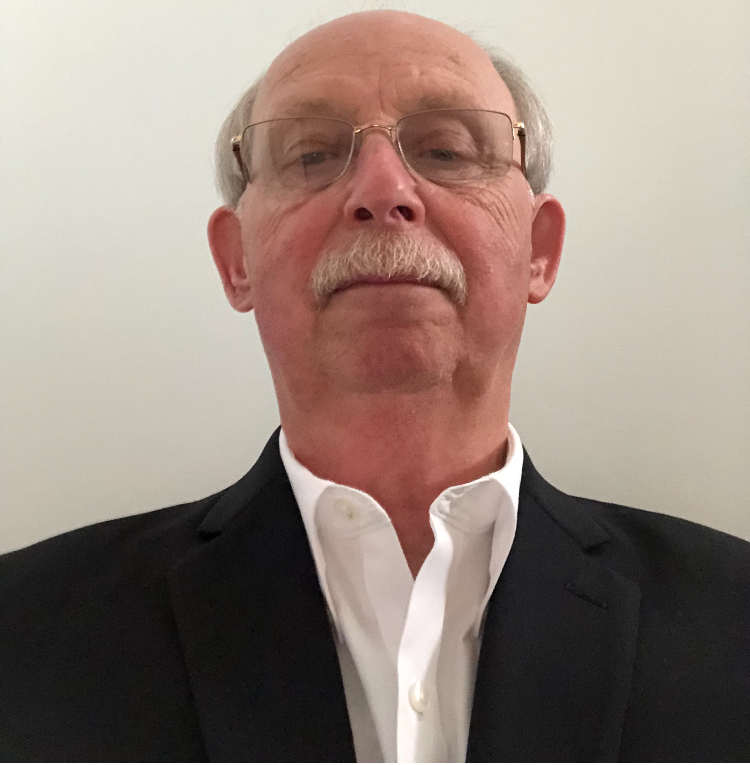 Ray Richard graduated from the Stockbridge School of Agriculture at University of Massachusetts with a degree in Turf Management. In 1971, he joined the U.S. Navy where he was stationed for two years at the Naval Air Station in Keflavik, Iceland. After an honorable discharge, Ray worked as an assistant superintendent at Norfolk Golf Course in Dedham and Milton Hoosic Club. He was a representative in the early 1980s for The Dunlop Golf Company and then spent 25 years in the golf retail industry with Nevada Bob’s Golf and Tennis Shops and Joe & Leigh’s Golf Shop at Pine Oaks Golf Course in Easton. He currently manages the pro shop at Willowbend Country Club in Mashpee. 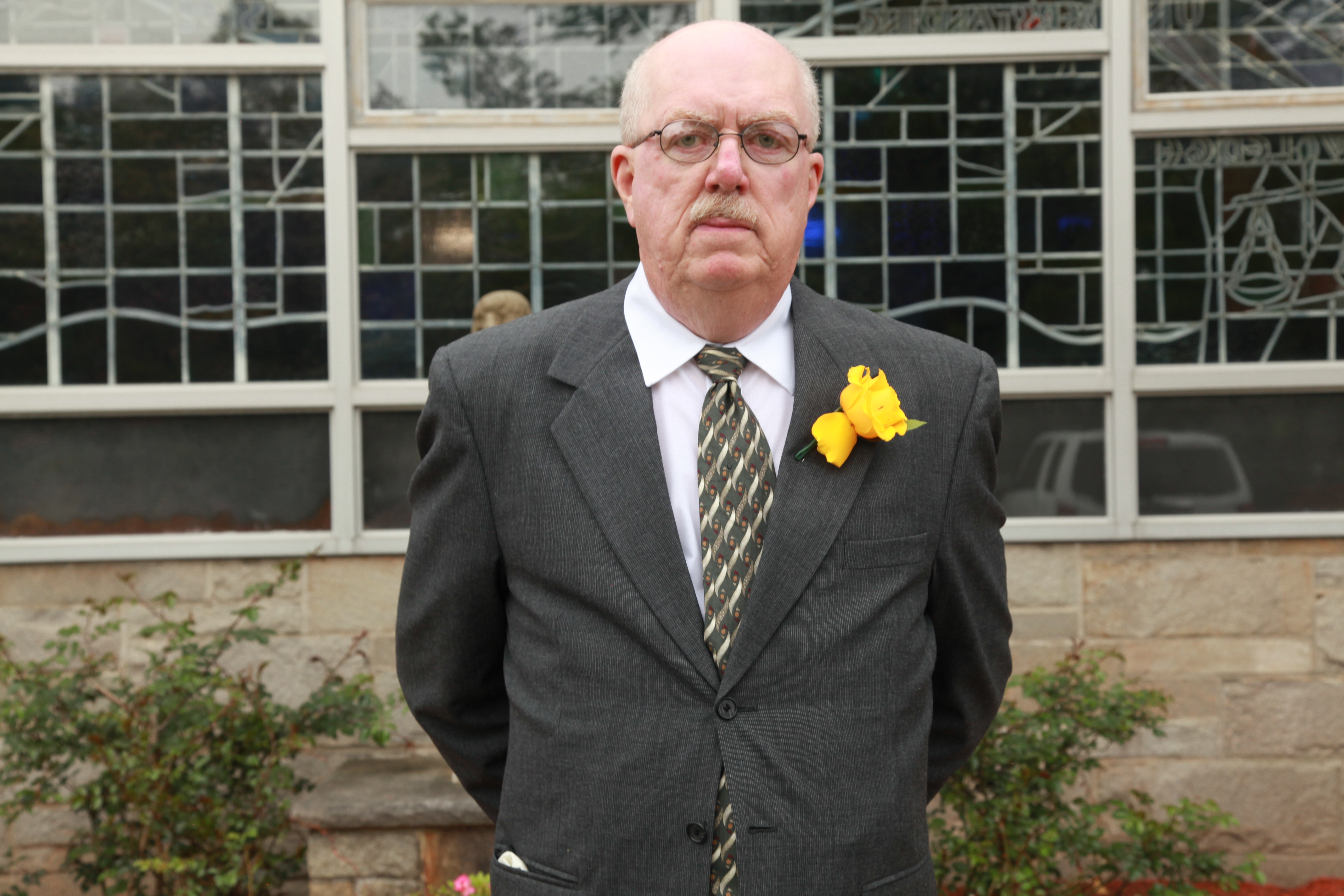 Dr. Patrick F. Brophy, M.D. graduated from Cardinal Spellman High School in 1974.  He attended Stonehill College, graduating in 1978 with a Bachelor of Science degree in Biology.  He then went on to obtain a Masters of Science degree in Medical Microbiology in 1981 from Creighton University, Omaha Nebraska having done research in bacterial toxins.  He then entered Tufts University School of Medicine.

At Tufts, he continued his research and served as his class and Student Council President.  Upon graduation in 1985, he received the Martin Loeb Prize in Surgery and was inducted into the Alpha Omega Alpha Honor Society.

Dr. Brophy then competed a residency in General Surgery at New  England Medical Center in Boston and a Surgical Oncology Fellowship at the Fox Chase Cancer Center in Philadelphia.

In1992, he entered practice in Cincinnati, Ohio and became a leader in the surgical community, involved in educating medical students and surgical residents as the Associate Residency Director at the Jewish Hospital.

Dr. Brophy returned to Massachusetts in 2002 where he practiced at the Winchester Hospital until 2015.  While there he helped expand and develop the cancer program, serving as the chairman of the hospital’s cancer committee for 10 yrs.  He also continued to be involved in the education of medical students and residents from Tufts as an Assistant Clinical Instructor in Surgery.

A member of the US Army Reserve for 28 years, Dr. Brophy was deployed numerous times, including to Bosnia, Kuwait, Afghanistan and Iraq.  He retired at the rank of Colonel in 2016 having served in multiple staff and command positions.  He was a member of the faculty at the Uniformed Services University of Health Sciences Department of Surgery.

Dr. Brophy has been a long time supporter of Cardinal Spellman High School and looks forward to giving back to the school that provided the basis for his success as a member of the Board. 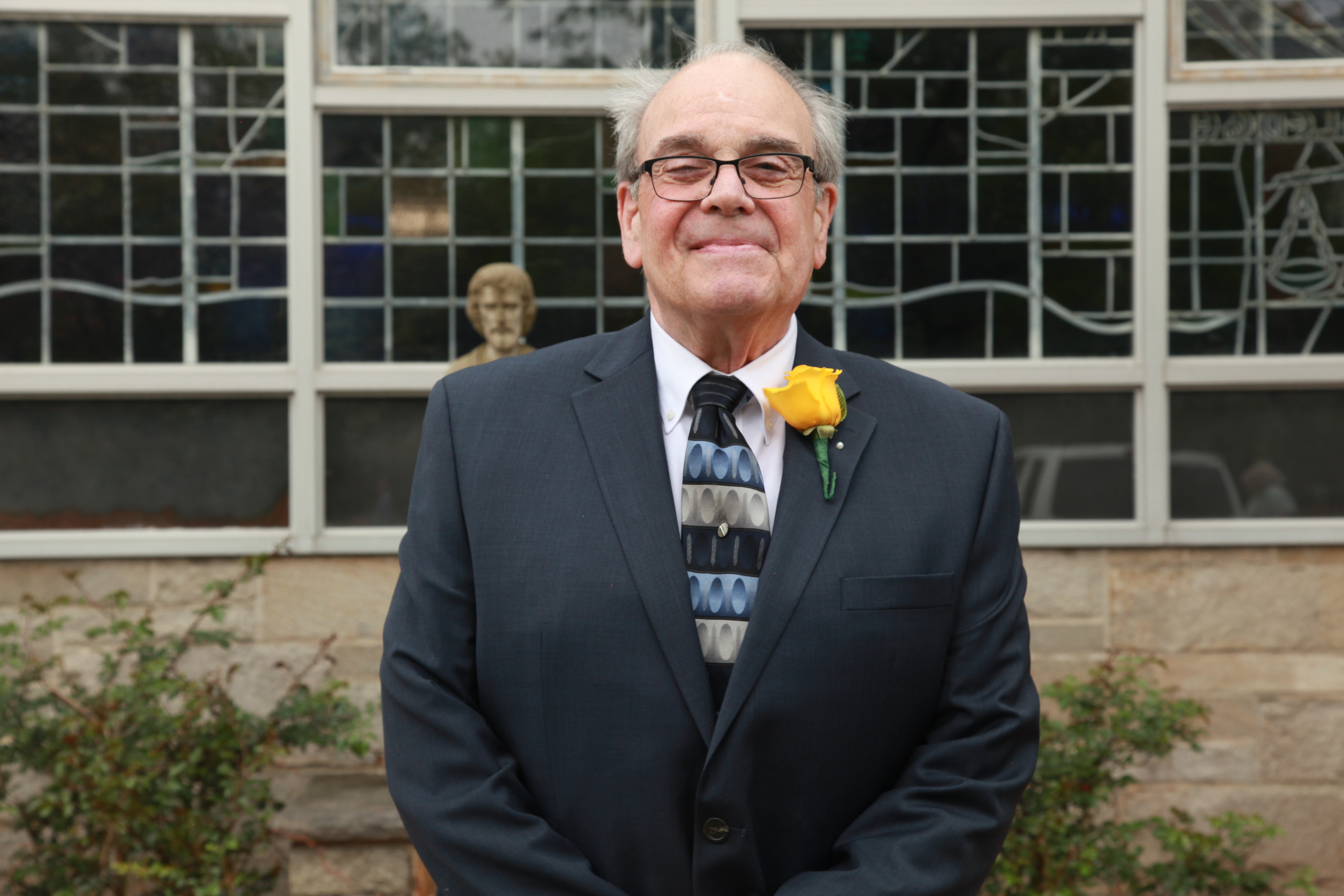 George Kelly grew up in Brockton and attended Cardinal Spellman High School from 1964-1968. While at Spellman he played football, basketball and baseball, and was later inducted as a member of the Athletic Hall of Fame. George was also involved in student government. After graduating, he attended Bridgewater State College where he majored in history and sociology. He also played four years on the football team, and as a senior he was recognized with the athletic department’s Dean Lee Harrington Unsung Hero Award. George later earned an MAT in Social Sciences, and a Certificate of Advanced Graduate Study in Educational Leadership. He also pursued further graduate work at Harvard University and Boston University. George taught in Mansfield, mostly at the high school level, and held a number of coaching positions including head football and head track coach. He was selected for the Mansfield school system’s Outstanding Service Award. Mr. Kelly moved on to become Assistant Principal at East Bridgewater High School in 1988 and was later promoted to Principal. He was also Principal at Nantucket High School from 2004 – 2008 and Director of Student Services from 2008 – 2010. Mr. Kelly currently resides in Bridgewater with his wife, Linda Amaral (’68), a former trustee. They are the proud parents of four children: Jonathan, Angela, Colleen and Lauren.

George is thankful for the many opportunities that Spellman provided academically, athletically, socially and spiritually. He is especially grateful to the Sisters of St. Joseph who comprised nearly all of the faculty at the time of his attendance. Their devotion to teaching influenced his decision to pursue a career in education. George also notes the positive influence of his coaches, particularly Peter Ambrose, for teaching him many of life’s lessons through football. He is also thankful to have played under Eddie Amaral who continued to serve as a life- long mentor. Many long lasting friendships were developed at Spellman that have continued for over 50 years. Most importantly, Spellman provided the opportunity for him to meet his wife, Linda and to become part of the best extended family one could ever hope to have – the Amarals.

Geradine A. Mahoney '84 - Chair Emeritus, Board of Trustees, Sr. Associate Director of Athletics for Finance and Administration, Harvard University and Alumna