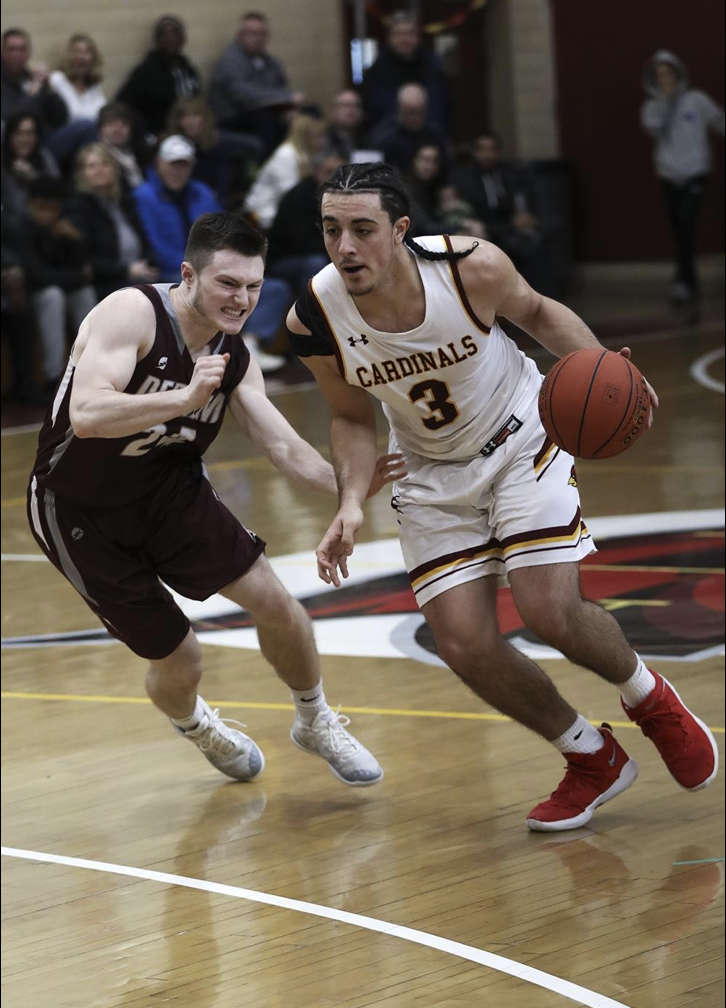 BROCKTON – Time has proven the scouting report to be accurate.

“The kids knew him,” Cardinal Spellman High School boys basketball coach Mike Perry said. “I had A.J. Jaramillo and Tyrone Smith-McCray and kids like that. They knew him before he got here and said, ‘Coach, he can play.’ ”

Three years later, this much is evident: Craig Faria can indeed play.

A starter since Day One at Spellman, Faria, only a junior, has already eclipsed the 1,000-point plateau – at 1,049 points and counting heading into Tuesday night’s MIAA Division 3 South Sectional first-round game at Burke.

“He had a good group of kids when he came in – kids like Mikey Spencer (now at Salve Regina University) and A.J. (now at Bridgewater State University) and Tyrone (now at Dean College) – and he was able to fit right in,” Perry reflected on Faria’s early days at Spellman. “I think that’s the sign of a good player: If you can make the adjustment with different people.

“If not as much is expected of you, then you fit in. This year (with Faria the lone returning starter from a team that went 15-7 and to the Division 3 South quarterfinals a year ago) more was expected of him. He was going to have to shoot more. Dakari (Weston) and Craig are both averaging double figures and Dan D’Ambrosio might be, but other than that everyone else is averaging three or four points. There’s nothing earth-shattering.”

Faria’s play on the other hand, well, you be the judge.